Recommendations for the intersection at Machinery Row

The second-to-last public involvement meeting about the study to finalize plans for the John Nolen Drive and Blair Street corridor happened last Wednesday. Our Action Alert has some background reading. The meeting was well attended, and I saw many Madison Bikes board members and supporters in the audience. I will report in more depth on this in a separate post, but for now let's say that the meeting was mostly encouraging. Strand Associates, the planning firm in charge of the project, and city engineering had clearly taken to heart some of the feedback they received at previous meetings. The plan that they presented as their final recommendation contains significant improvements for people walking and biking. Some aspects that need further work remain, and there is the larger issue that some of the biking and walking improvements such as an underpass under John Nolen Drive at North Shore will only happen many years down the road. But compared to many other major street reconstruction projects that we have seen in Madison in the recent past, I was quite happy with the outcome. Stay tuned for a more detailed analysis. In the meantime you can look at the presentation and exhibits from the meeting here.

Speaking of other street reconstruction projects, our board member Robbie has this to report from last week's Crazylegs meeting:

Urban Assets, a consulting company running the public involvement process for the Monroe Street reconstruction, held the first open house to gather ideas for the triangle of Breese Terrace, Monroe, and Regent Streets. The small street that cuts through the triangle – currently named Crazylegs Lane and an extension of Oakland that continues south towards Vilas Park – will be going away as part of the redesign. This will mean one less street to cross on the Southwest Path and less fragmentation of the remaining plaza. Most people riding bikes probably currently experience this area by biking past it or across it, especially if you use the Southwest Path. But it is also a crossroads of several neighborhoods as well as a transition between campus and neighborhood, commercial to residential, and downtown to west side. Fortunately, everyone agreed that the path needed to be maintained or even improved, and various ideas to build on the existing use primarily as a bicycle corridors were offered. Another connection that was deemed important to maintain was the connection between the SW Path and Oakland, as this is a critical link for those living to the south of the Camp Randall area.
We went out and walked around the triangle and discussed what we liked, what we didn’t, and what we might like to see there. More green space, seating, a bike repair station, vending during football games and other events, a place for gathering or performances, artwork? Any and all are under consideration. Based on the discussion and input during the workshop on Tuesday, Ken Saiki Designs will come up with some suggested improvements and present them on September 14 at Wingra School. There will also be ideas for the entrance to Wingra Park, which we considered during a previous meeting.

If you are interested in what stays the same or changes in either of these locations, mark your calendar to attend. The link above is a sign up, but that’s just so they can plan for how many people to expect. Alder Sara Eskrich’s webpage is a good place to keep track of all the meetings, designs, and discussions.

Mondays Around Monona started last week (picture on the top) and will continue into the fall. Join We Are All Mechanics for a loop around Lake Monona, open to beginners and more advanced riders alike.

On Tuesday join Bombay Bicycle Club and Madison Bikes for the Wheels for Winners Ride & Social. Support Wheels for Winners by donating bike parts and tools before and after the ride. Any donations are welcome, but they particularly need seats, cable cutters and mountain bike parts. The ride starts at the Olbrich biergarten at 5:30pm, loops around the lake with a stop at Wheels for Winners, and then ends with a social at the beer garden.

The Monroe Street Reconstruction Final Corridor Design Open House will take place on Wednesday. This will be the final public meeting about the general design of the corridor before construction actually starts. Our Madison Bikes Advocacy Committee has its meeting that day as well.

On Saturday, as warm-up for the Tour de Fat Madison with Atlas Genius on August 23, benefiting the Bike Fed, you can join a "bike crawl," starting at the Tip Top Tavern.

Exciting news about the Lower Yahara Trail: September 1 is the official opening date for the new trail connecting Lake Farm Park with MacFarland. Hold the date, and watch out for "construction cranes"... (Photo courtesy of Jim Post) And don't forget the Madison Bikes Annual Party on September 12 at the High Noon Saloon. What the intersection looks like without cars. Ride the Drive 2016.

The John Nolen Drive/Blair Street corridor is arguable the most important bike corridor in Madison. Several thousand people ride their bikes on some part of it daily. And as it is, it has several problem spots, most prominently the intersection at Machinery Row and the crossing of John Nolen Drive at North Shore. Fixes to these and other problems in the corridors have been discussed for a long time. But now we're getting closer to actual decisions being made, and we need to make sure that the needs of people walking and biking will be adequately addressed. Next Wednesday, 7pm at Monona Terrace there will be a public involvement meeting, and I encourage all of you to attend.

At the previous public involvement meeting, several alternatives were presented. While most included important improvements for people biking and walking (e.g. reducing conflicts at the Machinery Row parking lot), at the same time they failed to take into account several important movements. Two of the most glaring omissions are a lack of improvements for the crossing at North Shore Drive and not taking into account the need for people to get from the westbound Cap City Trail toward the Capitol area. For the former, the option recommended for further study is to move sections of the path and building a ped/bike underpass:

This concept has much merit. But of course it is going to be complex and costly, with currently no budget or timeline when we might see it come to fruition. We need to also ask for improvements now.

For the Willy/Blair/John Nolen intersection at Machinery Row, all focus lies on the movement of people between the Cap City/Willy/Jenny St corridor and the Cap City Trail along Lake Monona. This is important, but what about people who ride on the Cap City Trail and want to continue toward the area around the Capitol and vice versa? What about people who want to walk from Machinery Row to Essen Haus? It appears that the idea there is that everybody would use the proposed overpass between Law Park and Wilson Street. Again, the overpass will only be built many years from now, and depending on where you want to go, this would be a significant detour requiring additional crossings. Again, we need improvements now.

For a city that says in all its planning documents that it is committed to increase the proportion of people biking and walking, we need to do better. I encourage everyone to attend the meeting in person and/or submit your written comments to city engineering and Strand Associates. Public input can make a difference: For instance, I have learned that one of the alternatives suggested for further study at the previous meeting, a couplet of one-way streets using Blair and Blount Streets to make it even easier for people in cars, was scrapped because citizens like you vocally opposed it.

We have set up a Facebook event that you can RSVP to if you plan on attending. If you cannot make the meeting, send your comments before or after the meeting to cpetykowski@cityofmadison.com and jeff.held@strand.com

Background material from previous meetings can be found on http://www.cityofmadison.com/engineering/projects/blair-st-john-nolen-dr-corridor-study I especially recommend looking at the materials from the April 17 meeting, including the "Exhibit..." documents. The public input meeting about pedestrian, bike, and transit improvements for the Monroe Street Reconstruction was the big event last week. Coming up next week is a visioning session about Jackson Street Plaza (where the Cap City Trail crosses Atwood Avenue). Read more after the fold.

The one big, important advocacy event this week is the Monroe Street Ped, Bike and Transit World Café onThursday that Robbie has blogged about already. Read more about that and about last week's highlights after the fold. The public input process for the Monroe Street Reconstruction project continues with the Pedestrian/Bicycle/Transit World Café , to be held Thursday, August 11 at Edgewood College from 6:00-9:00 PM. This will give users of these modes a chance to say what is important to them and think about trade-offs on the street.

This week there is only one meeting on the calendar, after last week’s three city transportation meetings. The meeting is tonight already and deals with "proposed bike route system enhancements along West Main Street, South Shore Drive, West Shore Drive, and Gilson Street" (see map above). Read more about the meeting, as well as a short recap of last week's meetings after the fold.

City Asks: Where to Invest in Bike Infrastructure?

Where should the city invest in bike infrastructure in the coming budget period? That is the question that the Pedestrian, Bicycle, and Motor Vehicle Commission (PBMVC) is asking you. And we want to hear from you too, as well as provide guidance on how to maximize the impact of your suggestions. The meeting is already today, June 28 at 5:30pm, but you will have time to provide written input until July 8. Let's start with the actual announcement from PBMVC: 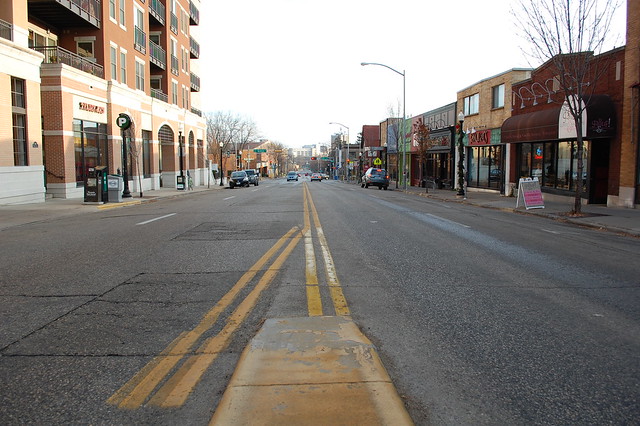 Monroe Street will be reconstructed in 2017. On June 13 the first of a number of public meetings will take place, providing you an important opportunity to provide input early on in the process. The meeting will take place at the Wingra School Gymnasium (second floor), 718 Gilmore Street, from 7–9 pm. Registration is recommended but optional.