Spring has sprung! The bike counters on the Cap City Path and on the Southwest Commuter Path show that ridership has jumped over 300% since the weather has finally gotten warmer. Last Tuesday, the Pedestrian Bicycle Motor-Vehicle Commission approved the inclusion of the Mifflin St. traffic half-diverter. The next step in the approval of the half-diverter is getting it approved by Board of Public Works this Wednesday.

City Engineering also gave an update on some of their projects including the big Atwood Ave. project. Of note, Engineering is now exploring a cross section of Atwood that would continue the on-street bike lanes on Monona Dr. north to where they can meet up with the multi-use paths on both sides of the street. This change was credited to feedback they received from the public at the last Atwood PIM on April 6, so thanks for turning up to make your voices heard! Other projects included an extension of the 8 ft sidewalk along the east side of Whitney Way south across the beltline intersections, and the installation of an off street pedestrian connection from the Cannonball Path to Todd Dr. along the beltline frontage road.

City Engineering is also doing some good work overcoming several of the challenges it’s been facing such as the change in state law preventing cities from using condemnation powers for pedestrian or bike projects, and in the challenges they’ve had establishing new paths along rail corridors. In their presentation on the 2019-2024 Transportation Improvement Program (TIP), they have started to move forward with an alternate to the previously planned Goodman Path in what they’re calling the Garver Path and the Autumn Ridge Path. The Garver Path would connect the Cap City Trail to Milwaukee St. through the Garver lot and O.B. Sherry Park. The first section of the Autumn Ridge Path would connect Portland Pkwy with Ziegler Rd. and would include a new ped/bike bridge over Highway 30. Plans are also moving along for sections of the West Towne Path and the Cap City Trail connection with the Glacial Drumlin that they think they can get done without condemnation powers, however other sections have been postponed indefinitely because of the change in state law.

The discussion on the John Nolen Drive corridor wrapped up the meeting and several questions about the geometry of the Williamson/Blair/Wilson/Nolen intersection caused the acceptance of the report and approval of the geometry to be postponed until next month’s Pedestrian/Bicycle/Motor Vehicle Commission meeting.

On Monday, the Wisconsin Transit Riders Alliance is having its annual meeting at the Madison Public Library from 11:00 AM to 1:30 PM. Everyone is welcome to attend the meeting, which will include a discussion of the LaCrosse Area Planning Committee’s efforts to establish a regional transit program in the region, despite the state’s efforts to thwart the creation of Regional Transit Authorities since 2011.

This Tuesday, the final geometrics for the Winnebago St. reconstruction will be approved at the Common Council meeting. The meeting starts at 6:30 PM in Room 201 in the City-County Building at 210 Martin Luther King Blvd., Madison, WI, 53703. This is the last opportunity to submit public comment about the project, so everyone interested in seeing a better Winnebago St. cross section should show up or write to their alder or both. Madison Bikes encourages support for the Option 2 cross section for the following reasons:

You can read the recent Action Alert for more information about this project. We could use as much public support as possible for Option 2 as it gives us buffered bike lanes and more space for trees, which would be an improvement to the corridor for both bicyclists and pedestrians over Option 1.

Also on Tuesday, Madison Bikes Communication Committee is having its monthly meeting at 5:30 PM. This meeting will be at the Stiftskeller in the Memorial Union and is open for anybody who wishes to attend.

On Wednesday, there will be a meeting of the Madison Area Transportation Planning Board starting at 6:30 PM in the Water Utility building at 119 E. Olin Ave. in Madison, Room A-B. On the agenda is the approval of a letter to WisDOT supporting the Village of Cottage Grove’s application for Stewardship funding for the Glacial Drumlin Trail connection. You can find the full agenda here.

Also Wednesday, the Mifflin-Blair half-diverter is in front of the Board of Public Works. The Board meeting begins at 4:30 PM in Court Room 354 in the City-County Building, 210 Martin Luther King Blvd., Madison. On Saturday, the Wisconsin Bike Fed is hosting its annual Bike Summit in downtown Madison. The event starts at 9:00 AM and will be a great opportunity to network with other bike advocacy groups around the state. The full schedule of events can be found here

Also on Saturday, the Capital Off Road Pathfinders are having their annual party/fundraiser at Machinery Row starting at 6:00 PM and running until 9. CORP has done some incredible work building and maintaining off-road mountain bike trails in the area. 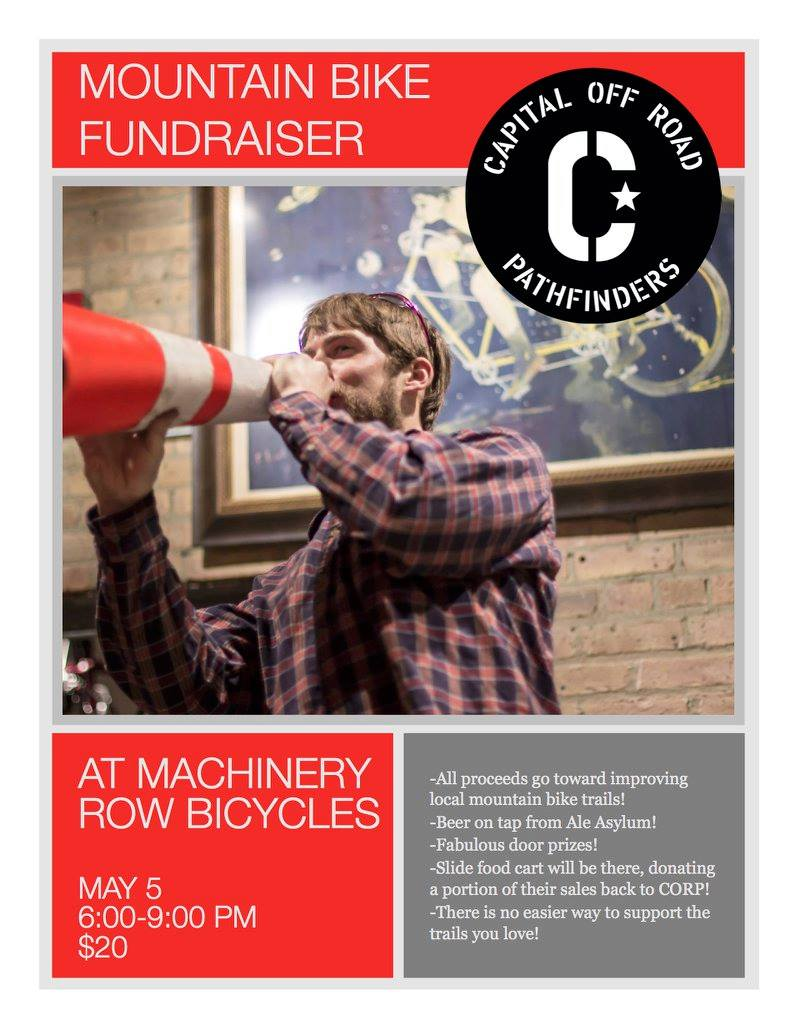